May is over, and we’re nearly halfway through this craziest of years. A highlight was flying out to Boston on an empty plane, then driving across the country to SF with my sister Wendy.

Interacting with lots of folks in lots of places reinforced how fortunate I am to be in a relatively stable, healthy, happy position. It’s been much more difficult for Wendy as a student, to say nothing of the average citizen.

I’m glad I made the decision last month to donate a portion of my income on an ongoing basis. This is the least I can do to share back some of my disproportionate social equity.

Yet the inadequacy of such a gesture is reinforced every day by what I see in the streets upon exiting my apartment building. By the deluge of online content that Kareem Abdul-Jabbar did an incredibly powerful job of capturing in his recent op-ed “Don’t Understand The Protests?”

I’m never sure how to respond to such things. Other than crying, which isn’t really a choice for me.

So I mostly ignore it. I focus on the positives. Stuff that perpetuates my insulated, happy-go-lucky world like

And I reach out. It’s incredibly fulfilling when inspired by someone, to take action and articulate the results back to them. No matter how small. For example, from last month’s post on giving what we can: 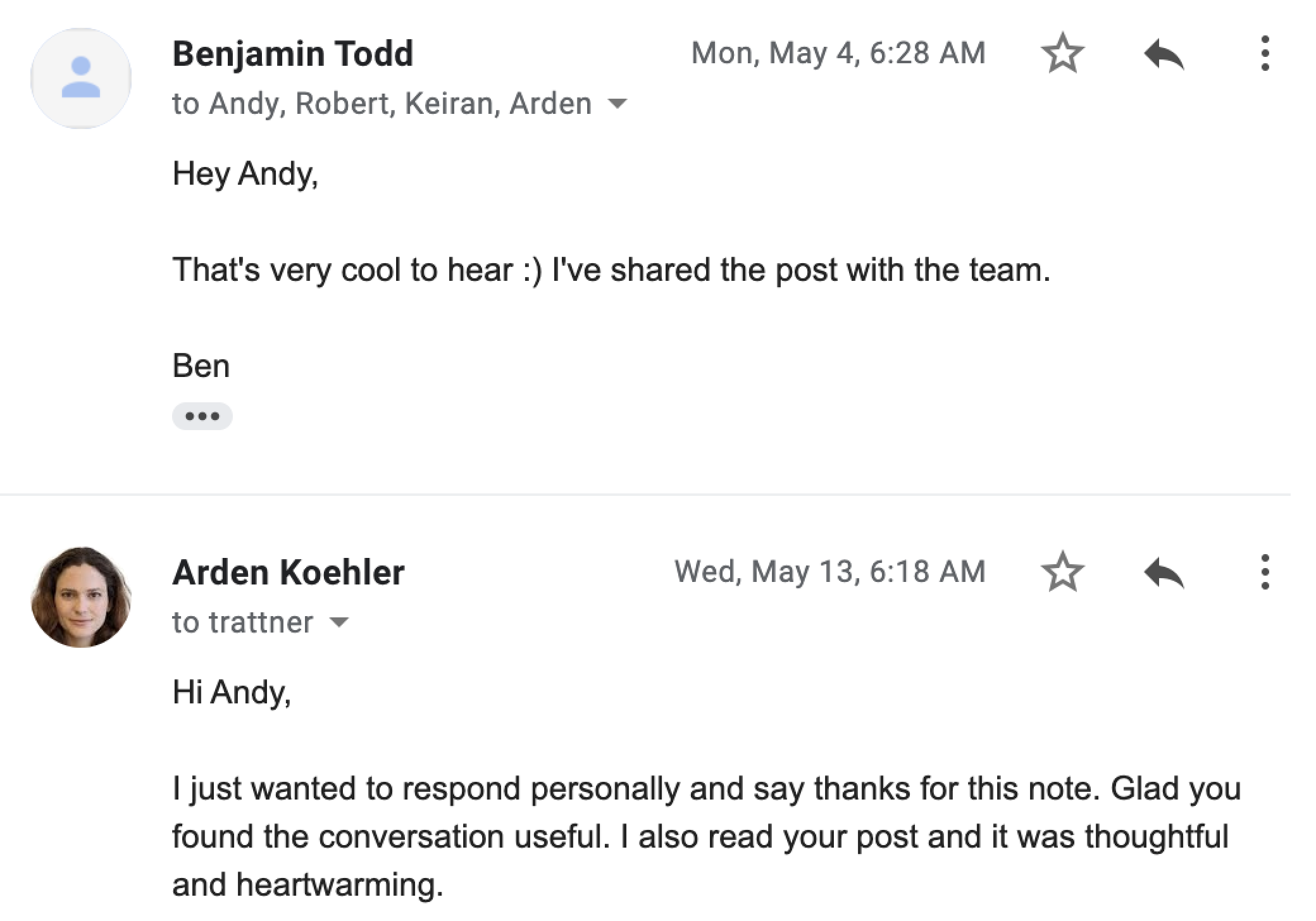 Sometimes I just say, “Really appreciate you doing this, and here’s why.” The immediate response to a direct, genuine message typically speaks for itself. 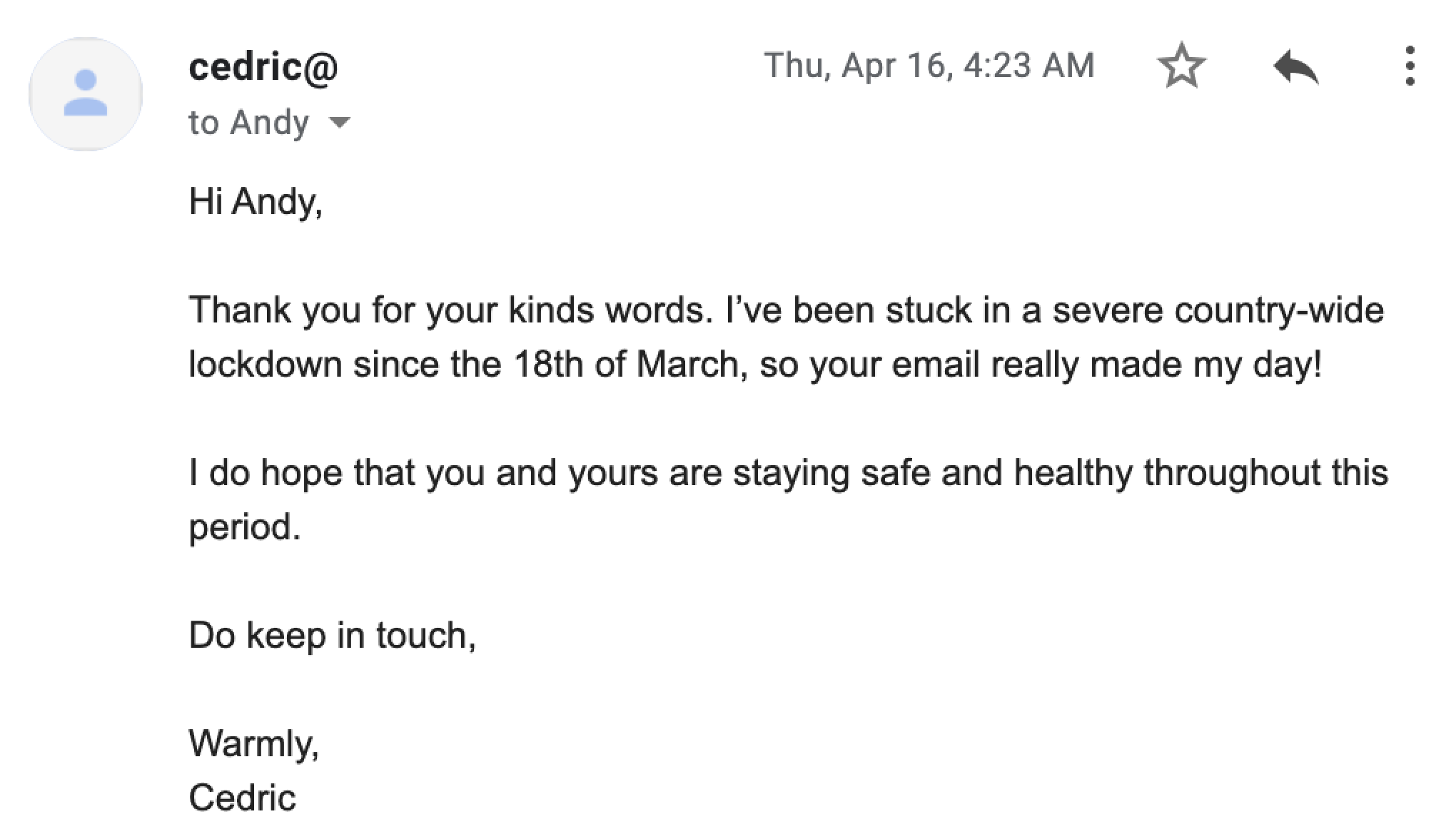 While we’re on the topic, I might as well give a belated shoutout to Drew and Brett and everyone else who encouraged me last year to drop Seth a “thank you for inspiring my ruckus” email. 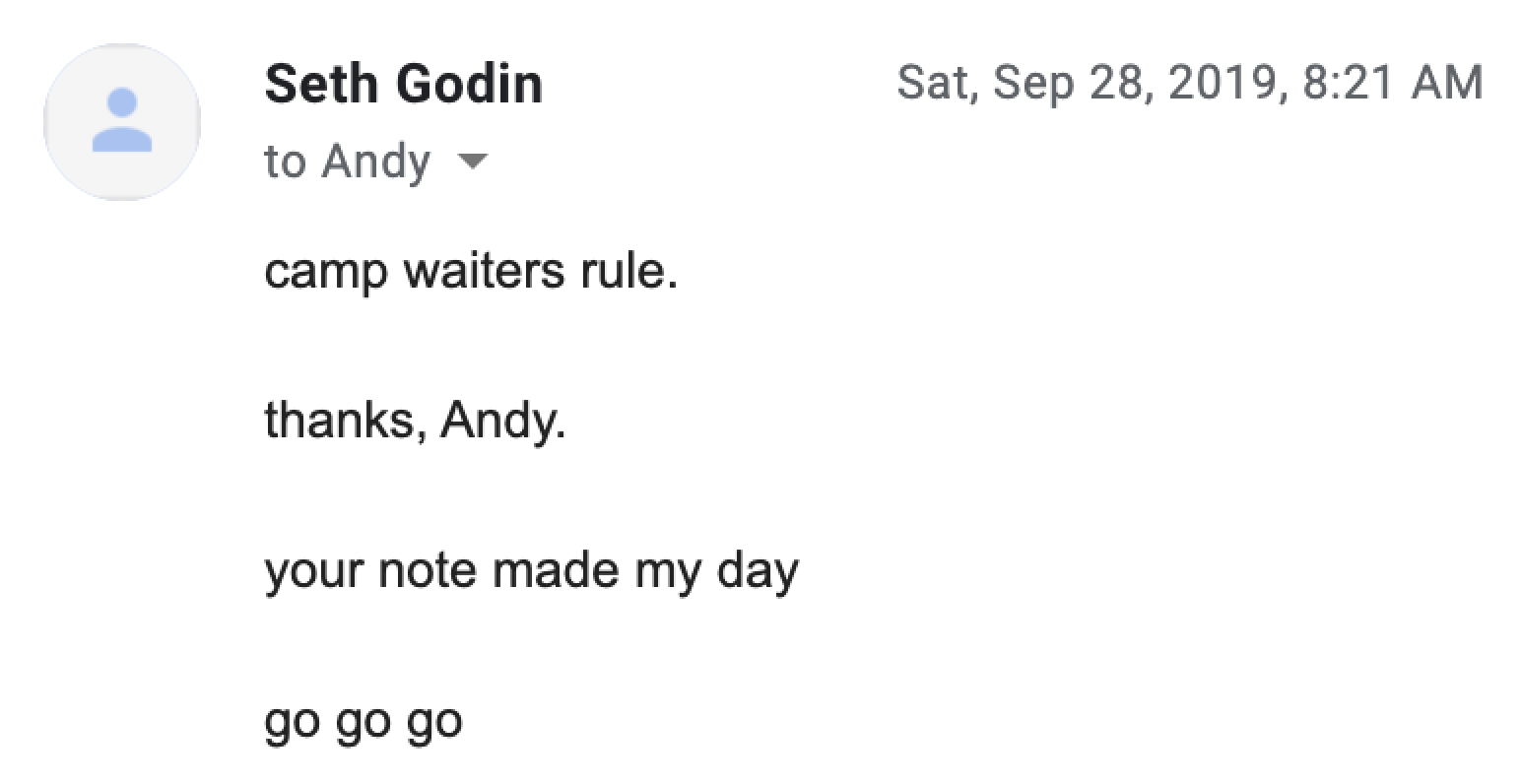 He somehow responded in 4 minutes, referencing my latest blog post at the time. Truly, what a hero. I’d like to think we’ve since struck up a fruitful collaboration (credit to ReadMe for the tip). 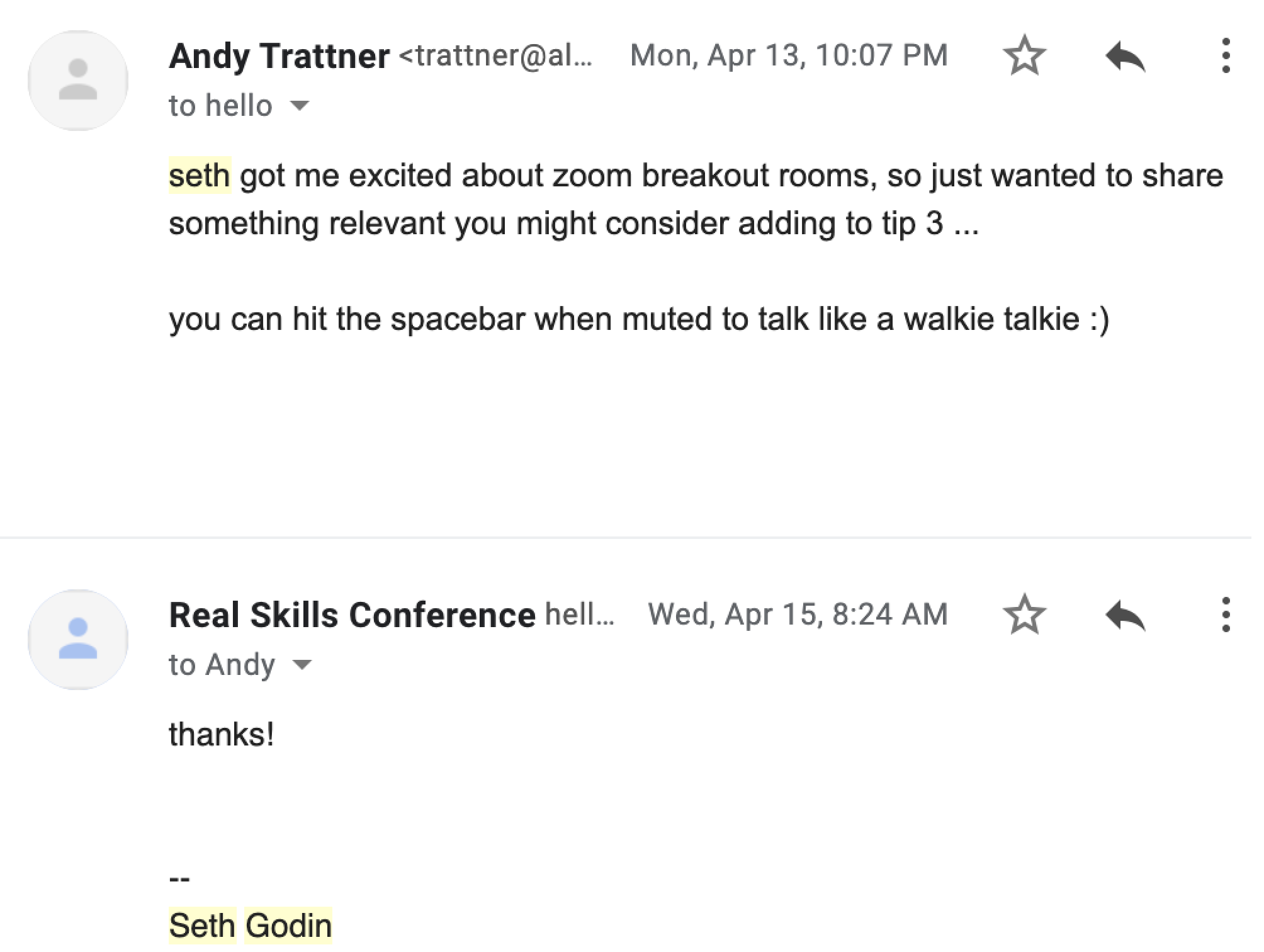 Also incredibly proud to have appeared on Seth’s podcast no less than 4 separate times:

This last podcast was particularly awesome as a whole. It was his most useful advice thus far in terms of interpersonal marketing tactics that can be applied to myriad daily situations. I highly recommend listening to that episode. His main thrust is under 15 minutes long. And his answer to my question is also sublime.

Seth rigorously cultivates his unique contribution to the unending conversation that is our world. His stance on culture and education informs his speech and projects. He seems to have the moral motivation that Bret Victor describes beautifully in the “Inventing on Principle” talk.

Seth operates at compelling scale, creating massive impact but without diluting himself. He is all about differentiation over monetization, generosity over stagnation. It’s a very special kind of professional authenticity.

In December 2017, the same month I finished my engineering degree, I realized that my favorite technology was language. But only now, after doing it for a while, am I seeing writing in the proper light. And how useful it is!

There’s knowing what you want to say, the impact and message you want to convey. Then there’s knowing how to say it: the vocab, the technicals, the experience. There’s also the part about understanding your audience. What do they want to hear, what do they like to see, what makes them happy and satisfied at the beginning, middle, end?

But mostly, there’s the continuous need to be pushing out letters. Letters per day, letters per minute, how much do you sit down and type? To yourself, to others, doesn’t matter. Just raw output. Isaac Asimov and Stephen King style. Are you being generous enough to try and fail, to write a bad book instead of no book at all?

It’s generous to do the potentially risky emotional labor of painting a picture. To publish a blog post, write a poem, create a company, code an app, ask a tough question, send a heartfelt postcard.

It’s generous to bet on yourself in a domain where you are the biggest competition, and the boundaries / rules / upside are all unclear. There’s a great article about how life is like this—it’s tetris, not chess.

For me, donating is part of it. As is sending spontaneous emails. Also, moving forward with curiosity, constantly asking questions. And sensemaking through this blog!