Succeeding at You Part 2

Here’s a 4 sentence gem from Seth last Wednesday, “Asking for the second favor”:

The first favor is when you ask a friend or colleague to do something for you.

The second favor is when you ask them to do it precisely the way you would do it.

They’re not related. And the second one costs more.

He’s talking about imposition. When we burden others with our quirks, insecurities, anxieties, and personal processes. This doesn’t lighten our load, and it usually creates needless friction inhibiting the desired outcome.

In part 1 of this blog post, Succeeding at Being You, I describe how I began maturing past the selfish need to have folks read my entire brain all the time. At some point in the last few years, I realized nobody else benefits from constantly seeing the world through my eyes.

The impulse remains strong, as evidenced by this blog. Now, however, my sharing is channeled more usefully because it’s generously curated on behalf of the appropriate audience.

To improve at communication, not only in writing but in everyday life, I had to first know myself better and get my story straight. This has always been a challenge.

For example, I recently chose the deer path hidden beside the road less traveled. I’m settling in Ecuador to have maximal runway and a pleasant, isolated space for deep work. I’m pursuing personal projects in the hopes of one day having a very particular kind of sustainable self-employment and lifestyle.

There’s a strong narrative that says this is all a very bad idea. Multi-month indefinite funemployment damages one’s career, finances, mental health, and relationships. If you’re looking for an alternative to traditional employment, best to start a venture-backed company!

To resist the mainstream current and accompanying (terrifying) turbulence, I’m constantly adding weight to my anchor; even if I don’t produce commercially successful content, and end up with $0 in the bank, I’ll at least have a powerful and coherent personal story. I can’t actually fail in doing my own thing.

In 2018, I went to San Diego and ended up driving Uber. I must admit, I kinda failed at doing my own thing back then. I rejoined the mainstream. But that lost battle is proving key in strategizing for the overall war.

This time I have concrete projects. I’m keeping myself accountable. I understand that “if it doesn’t ship, then it doesn’t count.” So I’m shipping.

I’m finding it’s valuable in itself to do so. Being enmeshed in the creative process and actually producing finished products cultivates in-depth experiences I will forever carry with me.

The work, this Practice, it’s furthering my identity. Which in turn keeps me plowing forward along my deer path, confidently hacking away at the undergrowth and battling the Resistance.

I don’t believe this route is for everyone. I value autonomy and self-expression far above income. In fact, it’s very rare to meet someone who is as extreme as I am in this regard.

So how surprising last week to meet a kindred spirit in Reiman Bledsoe (Simon with an “R”), Mr. Survivor 2015, whom my sister happened to be watching on Netflix as we were traipsing around Loja together. 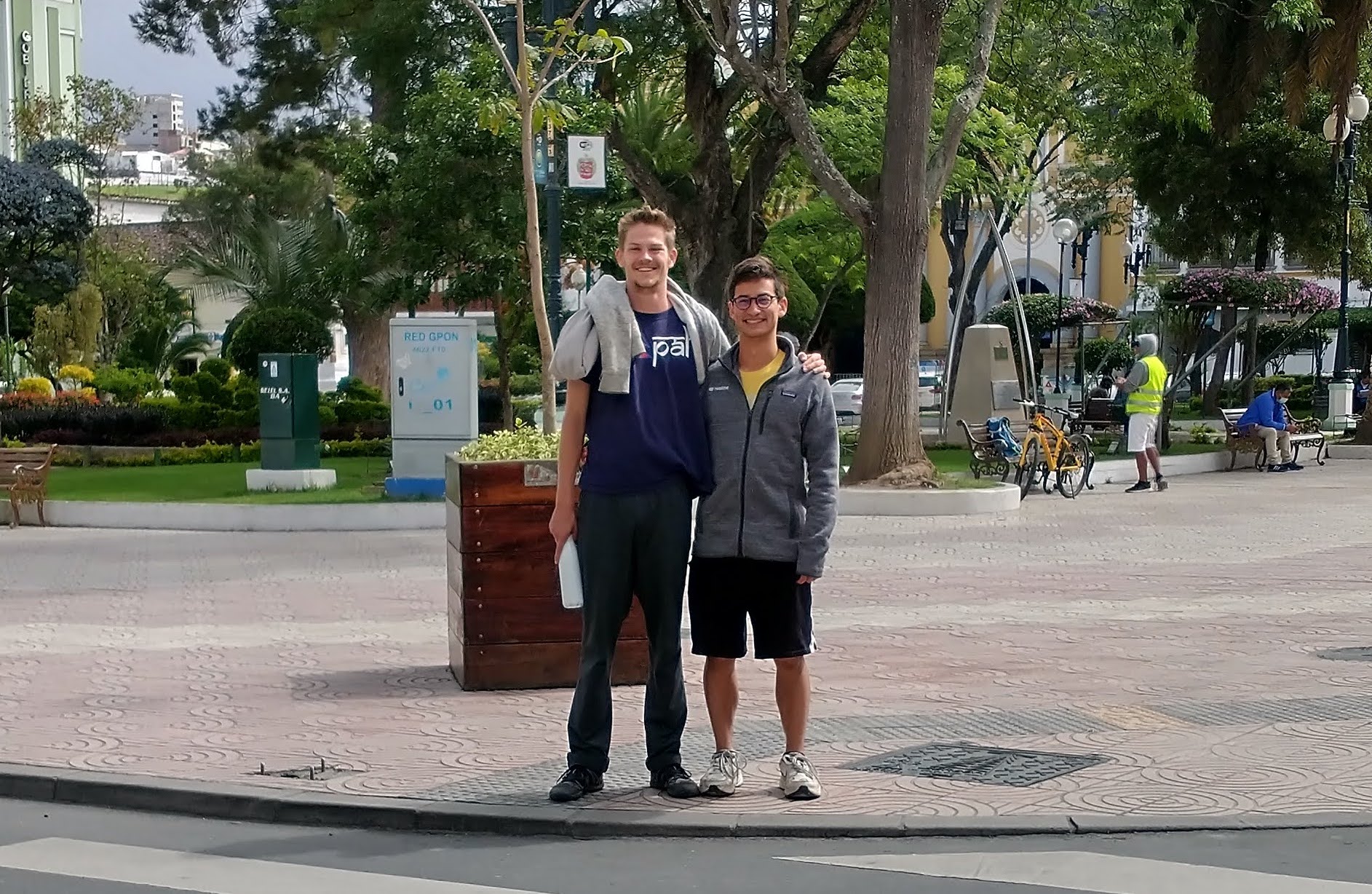 Reiman used to trade derivatives at Belvedere but now he has a podcast, Redeeming Disorder, and he’s working on other creative endeavors when he’s not meditating or doing celebrity things.

We bonded on a number of levels, starting with our shared backgrounds in chess and mental health, then going much deeper.

We both see adventure as an expression of autonomy—using our freedom to the fullest. We’re keen on self-discovery as a mechanism to unlock value in our lives and in the world.

It was very inspiring to see, up close and personal, how he’s carving his own path too.